Can destination character be designed when you're planning a new city? | PART 2

In this blog, I’ll jump straight to a case study close to my heart – the revitalisation of the Singapore River and Marina Bay district – which was a project I worked on several years ago.

The historic Singapore River was once the bustling heart of Singapore, but decades of overcrowding and pollution prompted the government to clean up the area in the 1980s and 90s.  After a major makeover by the Urban Redevelopment Authority with new bridges, footpaths, lighting etc – the precinct looked brand new and ready for a new lease on life.   However, despite businesses moving back into the area, this precinct still lacked soul.  And so, the Singapore Tourism Board in partnership with the Urban Redevelopment Authority and local businesses set about to revitalise the district, and again attract visitors and locals alike to this mixed use recreational precinct.

Below are some of the features used to enhance the destination character and bring the area back to life. 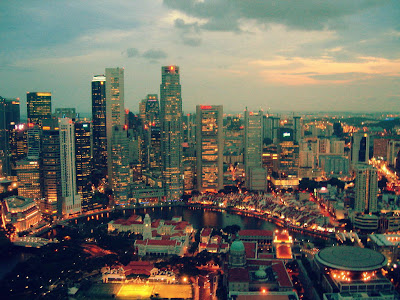 Iconic destination experiences:  Exploring places of interest along the continuous riverside promenades that pass through the heritage areas of Robertson Quay, Clarke Quay, Boat Quay, and the ultra-modern Marina Bay.

» Land use planning and spatial design that concentrated recreational activities (something to see and do) along the entire length of the river – with “active” landuses (pubs, restaurants, retail etc) and breakout spaces thoughtfully designed along both banks of the river so that there are no “dead spots”. 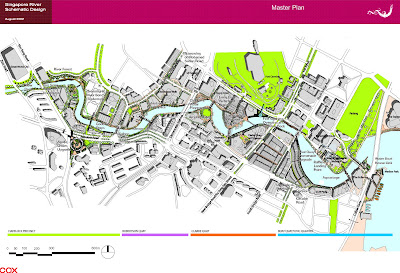 » Life-sized sculpture series to visually depict the heritage stories of people who once lived, worked and played along this historic waterway. 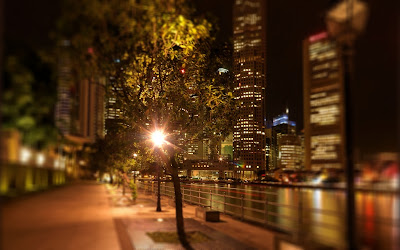 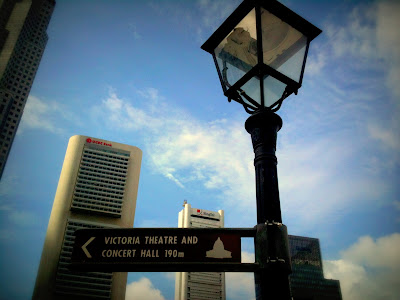 » Activation of the most visually prominent feature – the waterway – by re-introducing heritage bum boats that now ferry visitors and locals up and down the river.   Water transportation was an important feature to create movement both day and night, theatrically designed to give the effect of constant activity along the entire length of the river.

» Hierarchy of open spaces and breakout spaces along regular intervals of the promenade that catered to a range of event sizes.  Events and recreational activities were considered crucial for adding to the effect of constant activity along the entire length of the river.

» Sensitive and location-appropriate theming of each quay or precinct (e.g. each quay has its own suite of street furniture, lighting etc) to create a sense of discovery as people walk up and down the riverside promenades.  This was designed to avoid a sense of monotony, and to encourage people to explore other parts of the river.

» Careful attention was given to the continuous lighting of the river, given that most people visit during the evenings.  Concepts included the lighting of bridges, bumboats, architectural features, approaches to the river, festive lighting and treatment of special elements.  These lighting features add to the effect of movement and activity, and beckon visitors to explore other parts of the river.

Can destination character be designed when you're planning a new city?


I was recently asked this question by a planner when I spent some time in China.  His interest stemmed from a long line-up of master plans he was responsible for delivering, all for new cities.   He pointed out that it’s challenging enough to create a destination character for an existing city, let alone for a city of several million that hasn’t even been built yet.

I believe that for a new city to take off and compete with other cities it has to be more than just modern – it needs to have a distinctive character unlike no other.  This should be encapsulated in the destination brand - designed at the beginning, and not at the end, of the master planning process.   And so my response to the question was that not only is it possible to design destination character for a new, unplanned city, but the fact that a city isn’t yet developed provides an enormous opportunity – to create your new destination brand from scratch, and to incorporate the brand into every design aspect of the master plan. 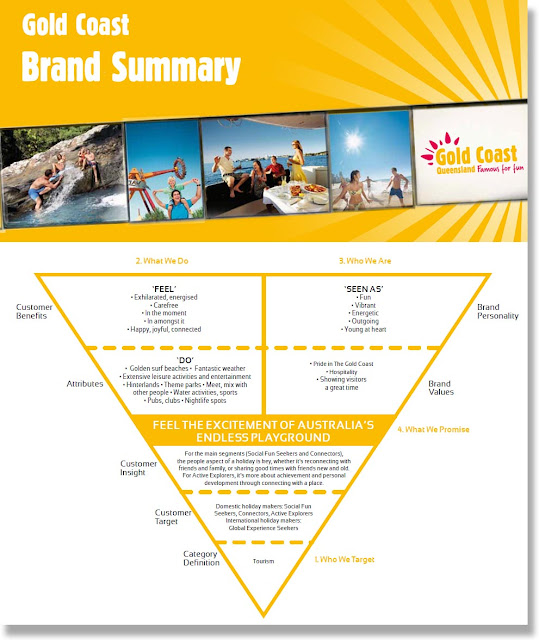 If you want to be noticed at a dinner party, you need to have a distinctive personality.  People will be captivated by your colourful stories, your style, your attitude, and behavioural nuances.  Likewise, a city that wants to attract attention needs to have its own charming personality that sets it apart from other destinations.  Although destination character develops over time, a branding expert can help develop an appropriate personality from the outset which planners can incorporate into design aspects such as landuse mix, choice of recreational uses, signage, transportation modes, methods of activating open spaces etc.   Consider, for example, the differences between two iconic cities with completely different personalities – New York and Paris.


Both cities share similar functional attributes, but the delivery of these functions reflects their opposing personalities.

Although a new city might have a functional theme based on a key economic driver (e.g. technology, industrial park, tourism etc), as planners we need to remember that it’s not what jobs people do in that city that define the destination character, it’s how people live their lives and how they interact with the city, and with each other.  Imagine you’re thinking of relocating to a new city.  Apart from the functional reasons of, say, a job offer, what are the key deciding factors?  More often than not, it’s considerations like:

As planners, we have enormous opportunities to creatively inject the destination brand personality into each of these touch points, so that the collective experiences of the city’s residents and visitors are reflective of a city with a compelling, exciting and distinctive personality.

To illustrate how the brand personality and destination experience can be delivered through specific design features, I’d like to showcase three examples which I’ll share over the next few blog posts.  The first example is outlined below. 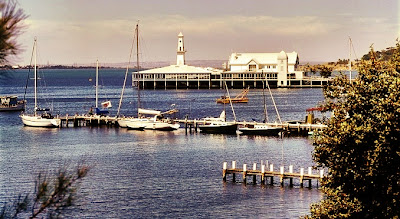 Iconic destination experiences:  Geelong is popular for its historic foreshore.   Tourist and recreational facilities are clustered along the Waterfront Geelong (revitalisation project during the 1990s), and include: The Baywalk Bollards | Yarra Street Pier | Cunningham Pier | Steampacket Quay | the Carousel Pavilion | The Royal Geelong Yacht Club | popular swimming and recreation area at Eastern Beach.

Distinctive design features that reflect the destination personality:  What sets Geelong apart from other heritage seaside towns is not just the concentration of recreational foreshore facilities, but most notably, the famous local installation art known as the Baywalk Bollards.  Created by local artist Jan Mitchell in the mid 1990s, this themed series features over 100 colourfully-painted sculptures depicting famous local characters and events.   The bollards are cleverly sited in the most unexpected of places all along the waterfront, and are a highly visual medium for telling the story of Geelong.  Locals proudly identify with the artwork, and visitors are fascinated by these characters and the stories behind them.  Each piece is sculpted from huge wooden pylons, many recovered from the Yarra Street Pier which was destroyed by fire in the 1980’s and later removed. 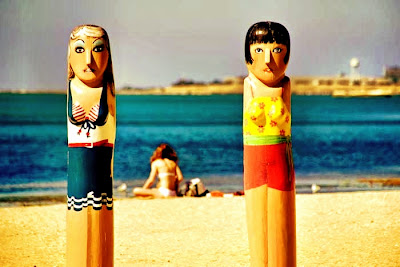 Some of the memorable historic characters featured include former Prime Minister of Australia John Howard, explorer Mathew Flinders overlooking the bay he discovered in 1802, the historic Geelong Footballer near the old Hi-Lite Park site and various sea captains and the rustic fisherman at Fisherman’s Pier. 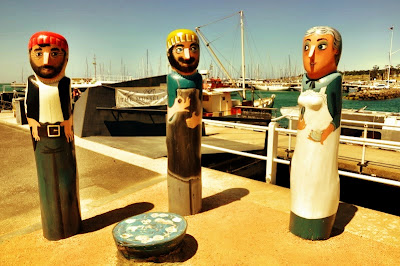 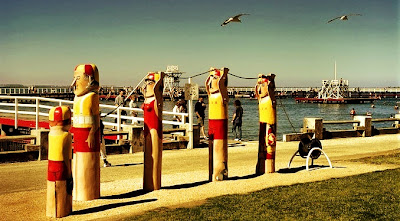 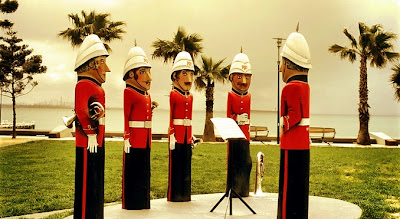 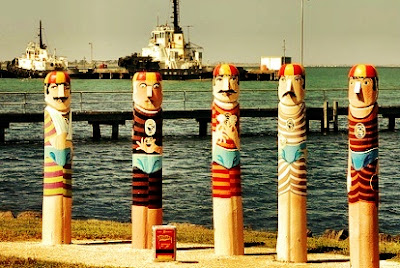 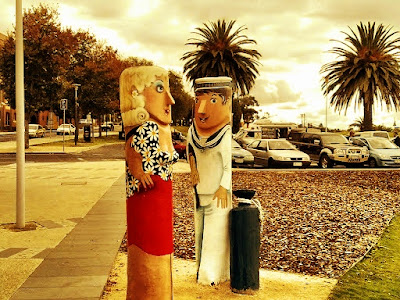 The popularity of this installation art series is a testament to the distinctive destination character of Geelong – a city that is optimistic, relaxed, proud, and unpretentious.

This is the first of a three-part blog, with two more posts to uploaded over the coming weeks.  Click on any of the “subscribe” links if you’d like to be informed of when the next post is uploaded.